Simakova Tatyana Nikolaevna, academician of the International Academy of Agrarian Education since 2000 has been working in the agricultural technology park and as a teacher at the Department of Commodity Science of the Ural State Agricultural Academy. Since 2013, he has been working at the Ural State Mining University as the director of the Information and Consulting Center for Horticulture and Horticulture. She is a diploma winner of exhibitions of VDNH RF, international, regional, city exhibitions and fairs and organizer of annual exhibitions of agricultural products in KOSK Russia. Repeated participant of agricultural exhibitions at Innoprom.

She was awarded diplomas of the Ministry of Agriculture of the Sverdlovsk Region, gold medals at exhibitions of VDNKh, twice winner of the All-Russian Exhibition Center VDNKh.

A gardening school was organized under her leadership. Tatiana Nikolaevna conducts classes weekly.

The expert in the classroom is the associate professor of the Department of Strategic and Industrial Management, Academician of the MAAO Alexander Vyacheslavovich Likhodeevsky.

A great contribution to the variety of training master classes is made by the asset of the Center - loyal friends, assistants and experts - Strategic partners:

A real sensation was made by the potatoes of the Gornyak variety presented by the rector of the Mining University Nikolai Kosarev. Mighty tubers, weighing 800–1000 grams, high yield, resistance to diseases and pests, including the American Colorado potato beetle, are a dream, not a potato! The variety was named after the Ural miners who always came to the aid of the region in harvesting.

The giant pepper ripened at the dacha of the rector of the Ural Mining University N.P. Kosarev. The pepper weighed 480 grams. A variety of unique vegetables - "Spanish paprika". This fact is recorded in the Russian Book of Records. Pepper is a southern plant, and in order to grow it in the Urals, you need to try very hard, apply modern knowledge and technologies.

Solving the problem of import substitution by the Director of the Center Simakova T.N. the technology of growing shallots on peat and swampy soils was developed and patented. Now the technology is widely used by gardeners and gardeners in their backyard and summer cottages. The innovative development of Tatiana Nikolaevna has received well-deserved recognition and numerous awards.

World Food Day is held at USMU for many years. Implementing the planned activities of the regional union of gardeners and the ICC USMU jointly with the Institute of World Economy (IME) and the regional branch of the International Academy of Agricultural Education (MAAO) in honor of the International Food Day celebrated annually by 150 countries of the world, on October 15, the USMU hosted an international scientific and practical conference " Food security: XXI century. World Food Day 2016 ". The conference was attended by representatives of the agrarian and economic community and experts in the field of food security. The University warmly received guests from Germany, Hungary, Kazakhstan, Tajikistan, Bashkortostan, Georgia, Ossetia, China.
Some reports were presented online. These are speeches from Canada, Development Director of Salford Group N. Raibot (scientific advisor, academician A.N.Syomin); from Kazakhstan - professor of the Eurasian National University. L.N. Gumilyov, Suraganova S.K.
The conference considered the problems of regulation and state support of agricultural producers in Russia, as well as in the EU countries, the USA.
Particular attention was paid to the development of agricultural territory, gardening and horticulture, personal farmsteads of citizens.
Three plenary reports aroused great interest: Academician of the MAAO, Semin A.N .: “Food security: global problems of the world economy 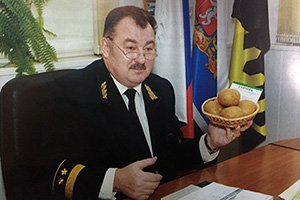 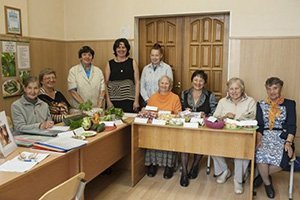 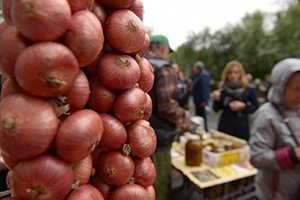