Irina Sergeevna Larionov, Honorary Adviser to the President of the IAAO known as Doctor of Philosophy, Professor, Honorary Worker of Higher Professional Education of the Russian Federation, Full Member of the Russian Academy of Natural Sciences (REAN), Full Member of the Russian Academy of Natural Sciences (RAE), Full Member of the International Academy of Agrarian Education (IAAO) ), Head of the Department of Philosophy and Social and Humanitarian Sciences of the Federal State Budgetary Educational Institution of Higher Education of the Moscow State Academy of Veterinary Medicine and Biotechnology - M.I. Scriabin. She is a prominent scientist in the field of philosophical problems of biology and medicine, the author of the value-oriented concept of human health and society. The scientific results of her research were used in the development of the social doctrine of the Russian Federation and were adopted as methodological principles for organizing health promotion activities and health care practices in the modern conditions of Russia's development. Author of over 100 scientific papers and textbooks, including 27 monographs. By virtue of her capabilities, she implements a large number of projects that help the young generation find their way in the modern world, correctly prioritize and form a worldview, and helps the revival of Russian national traditions and Russian culture. Irina Sergeevna is one of the organizers of the equestrian championship of the Central region of Russia "Vyatka Moskovia" as an important part of the charitable program for the restoration of the oldest Russian horse breed - Vyatka.
Irina Sergeevna is the founder and head of the LAIR equestrian club, which was established in 2005, and since then the history of the club has been filled with interesting events and meetings.
The main goal of the club is the physical, spiritual and patriotic education of young people, the revival and development of Russian national and Orthodox traditions on the basis of a modern estate near Moscow.

Aboriginal horses are a vivid example of the breed diversity of countries. They have a universal purpose, and their extreme adaptability allows them to be kept in the simplest and most unassuming conditions. They help to preserve not only the culture of various peoples and nationalities, but also the entire ecosystems of the regions.
The Vyatka horse is an old frisky and hardy light-harness Russian horse breed, known since the XIV century. In the first half of the 19th century, the famous triplets of Vyatka horses were famous in Russia. They were used in passenger and cargo transportation, in mail crews.
The Vyatka horse has a lively, energetic temperament and natural stature: it has a deep wide chest, a dry broad-browed head, expressive eyes and a rich mane and tail. Horses of the Vyatka breed have rare colors: savrasai, brown, mouse, nightingale, brown.
By the end of the 19th century, Vyatka was recognized as an almost extinct breed. The situation repeated itself in the XX century: after a successful attempt to restore the breed in the 1930-1950s, the number of animals again reached a critical minimum, and in 1996 the Vyatka was given the status of an extinct breed. Since the mid-1980s, a lot of work has been done to conserve this unique horse, with high priority given to purebred breeding.
The LAIR equestrian club assists in publishing the Vyatskie Horses magazine, organizing the All-Russian Festival “Working Horse of Russia”, open championships of the Central region of Russia among the horses of the Vyatka breed “Vyatka Moskovia”, holding them on their territory for many years. Since 2015, the Vyatka Moskovia festival has been held annually at the Equiros International Equestrian Exhibition (Moscow).
Vyatka stallion Blagovest (owner IS Larionova) is a multiple champion among stallions of the Main class and the Absolute Champion of the breed, has the titles “Best horse of the Vyatka breed” and “Best Aboriginal of Russia”. Blagovest is the Winner of the All-Russian virtual championship in type and exterior among the horses of the Vyatka breed, the Winner of the Audience Prize "Vyatka Charm of Muscovy". According to the conclusion of the All-Russian Research Institute of Horse Breeding, Blagovest entered the top ten draft horses in Russia in terms of working qualities.

Equestrian club "LAIR" takes part in factory trials of pedigree horses of the Vyatka breed, in the work of conferences dedicated to the preservation and development of aboriginal breeds. I.S. Larionova not only makes reports at plenary and breakout sessions, but also popularizes the use of native horses in farms, in various equestrian competitions and games, equestrian, ecological and rural tourism, in distance horse races, hippotherapy, brood exhibitions and supports programs regional ministries of education, sports, culture and tourism. The equestrian club has a constantly replenishing exhibition, the basis of which is the annual children's drawing competition "Draw a Vyatka". It is conducted under the guidance of artists-teachers - friends of the club.

Site of the equestrian club "Lair"

Health as a social value. Interview of Academician of MAAO, Professor, Doctor of Philosophy Larionova I.S. 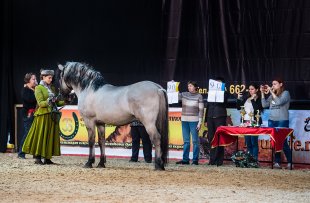 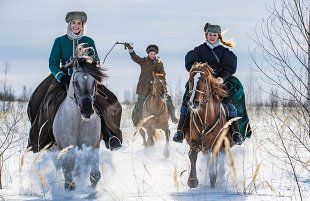 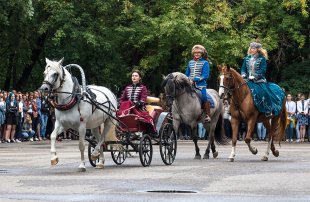 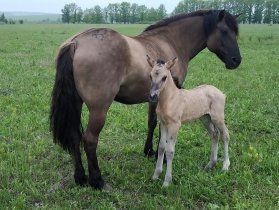 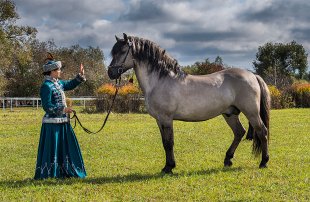 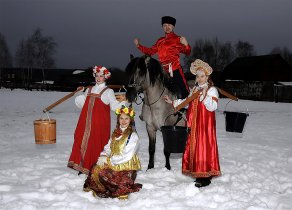 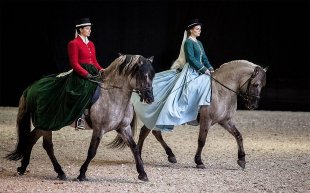 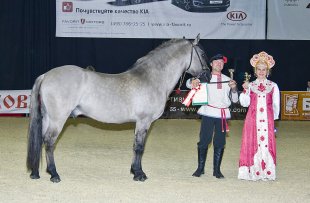 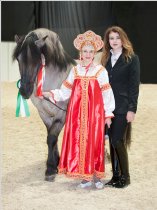 I.S. Larionova is one of the founders of charitable social projects for children and in particular the charitable foundation "Your Angel", whose main task is to promote the spiritual development and reveal the creative abilities of orphans and children with disabilities, children from low-income and disadvantaged families. Experienced teachers of the foundation conduct creative master classes and classes with children in orphanages and rehabilitation centers. The results of children's creativity are demonstrated at numerous exhibitions with the invitation of guests and officials. The "Your Angel" Foundation cooperates with other charitable foundations and non-profit organizations. A particularly interesting project of the foundation was the publication of books for which the children themselves create illustrations.

Many social projects are carried out with the help of the LAIR equestrian club, where children participate in theatrical equestrian performances, amateur concerts, festivals, horse trips to historical and protected sites, and even hunting trips with greyhounds. Young athletes prepare demonstration equestrian performances for each club holiday.

The equestrian club has a constantly growing exhibition, the basis of which is the annual competition of children's drawings. It is conducted under the guidance of artists-teachers - friends of the club.

Equestrian club "LAIR" is not only a hospitable host, but also a welcome guest in orphanages in Moscow and the Moscow region. To give children the joy of communicating with animals, horses are brought to them on horse transporters and a sleigh or carriage is delivered by truck.

For many years, LAIR's partner and friend in working with children has been and remains the equestrian club Izmailovo, together with which not only all-Russian competitions in pony sports are organized, but also events for children in need of special attention and care. 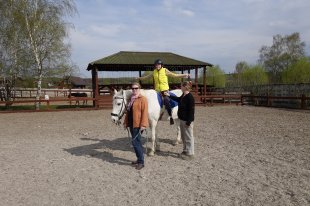 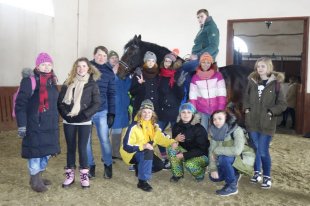 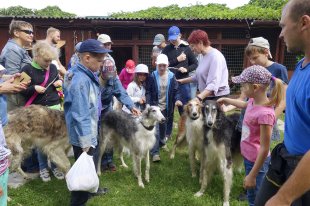 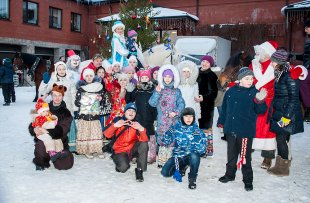 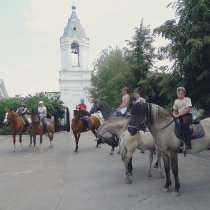 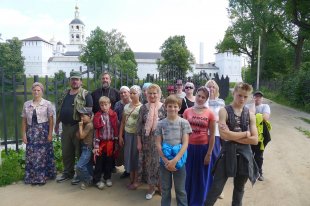 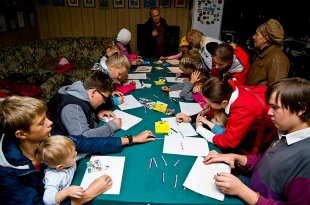 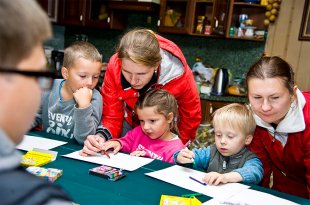 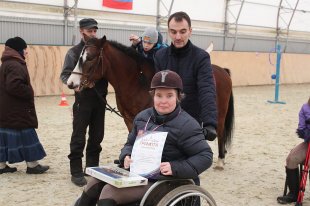 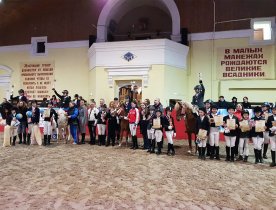